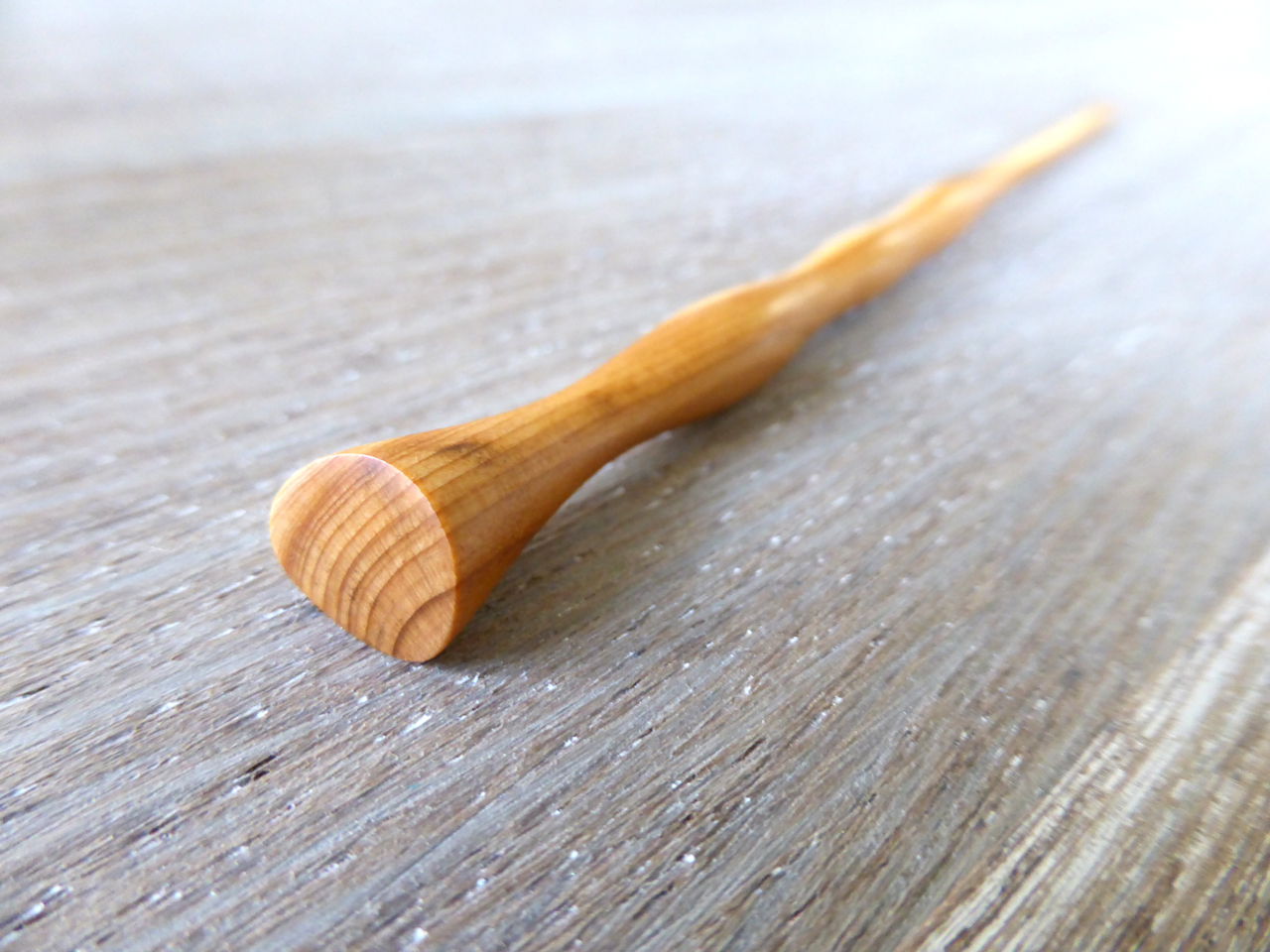 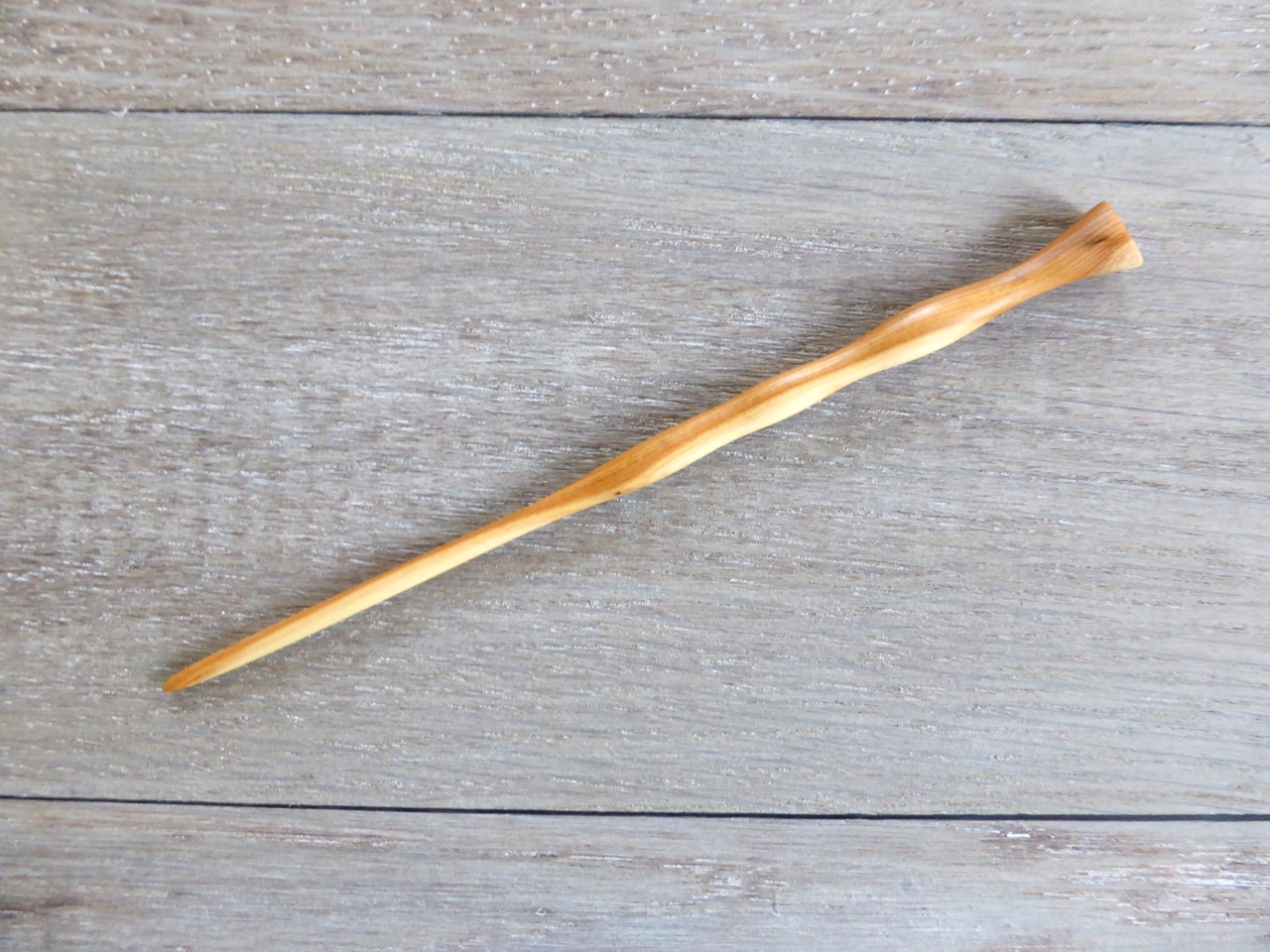 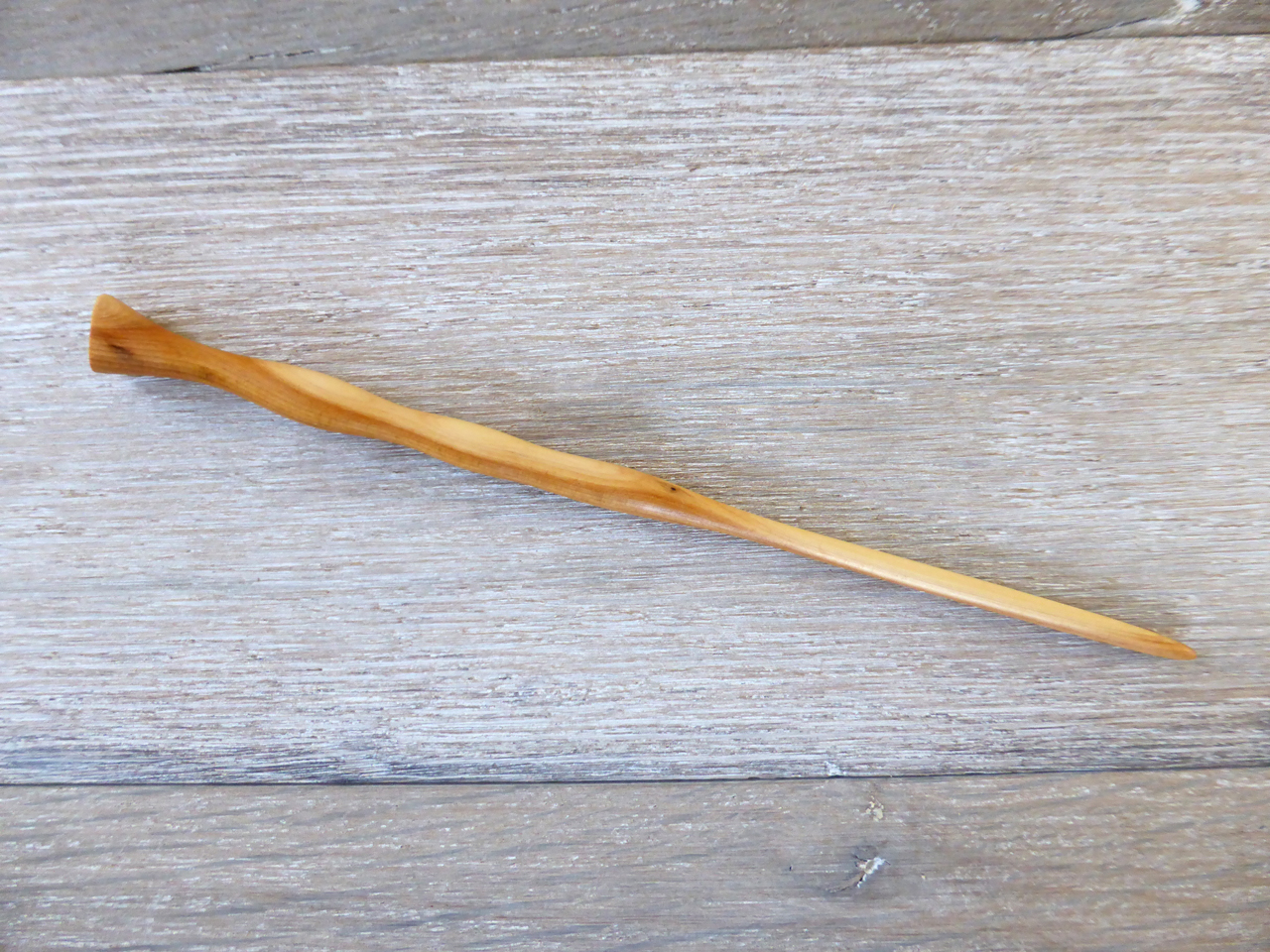 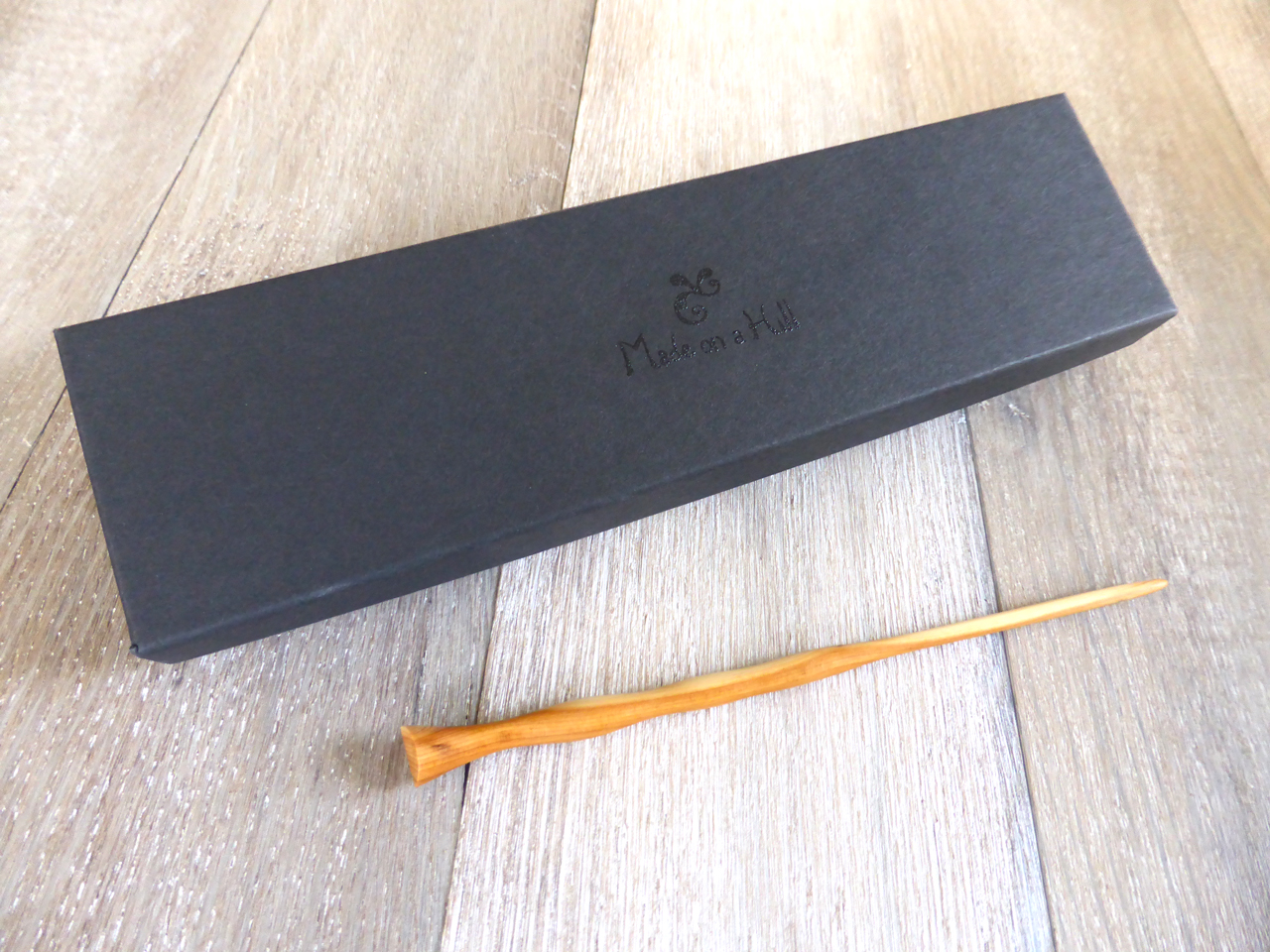 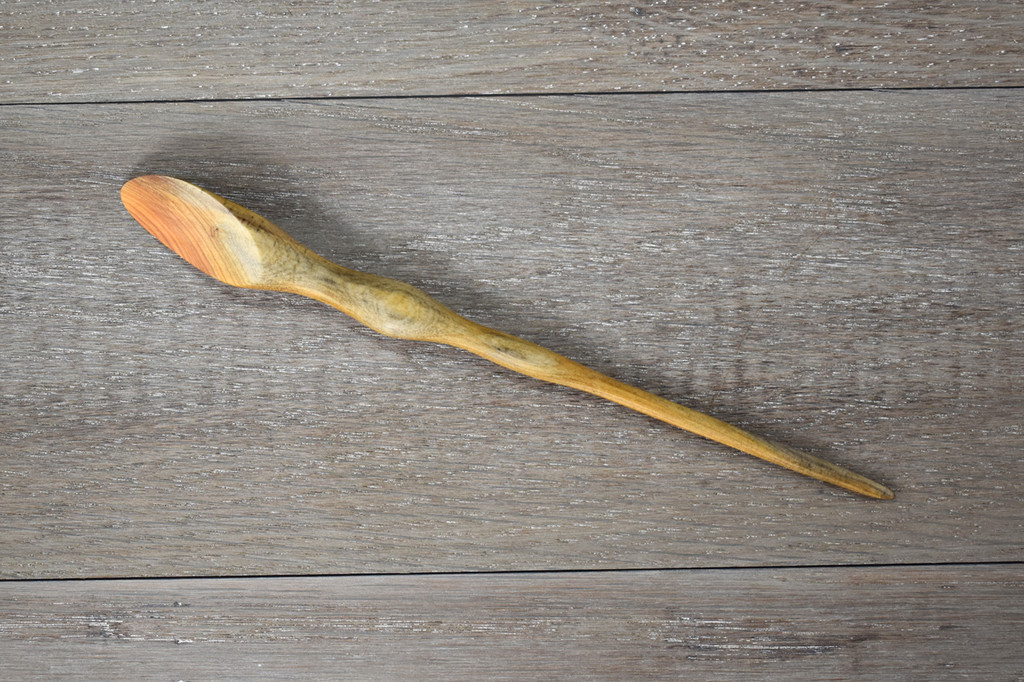 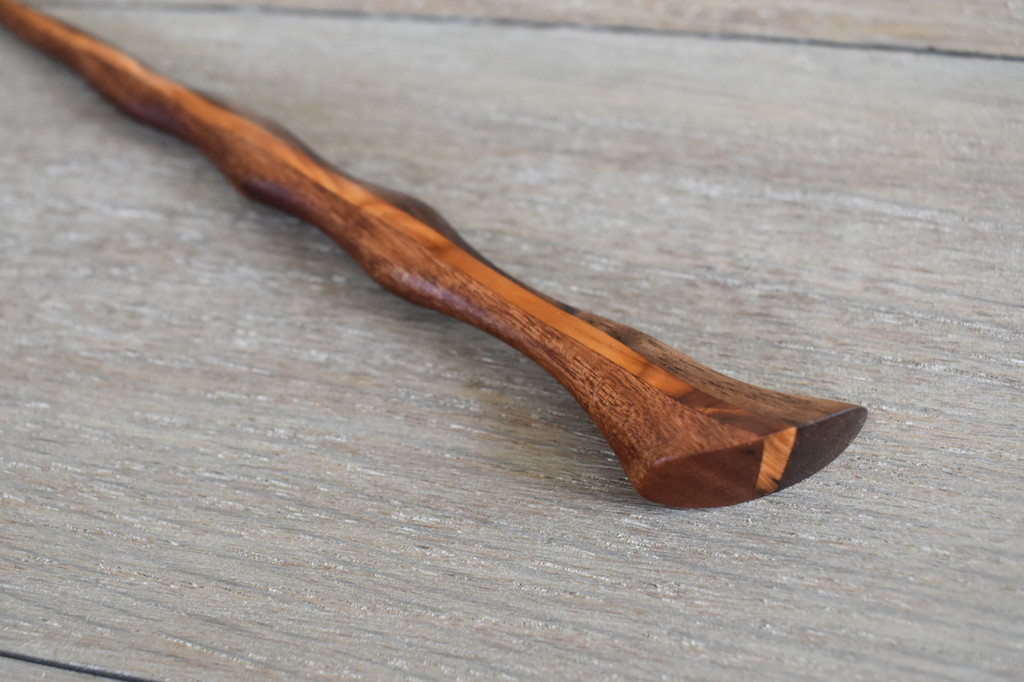 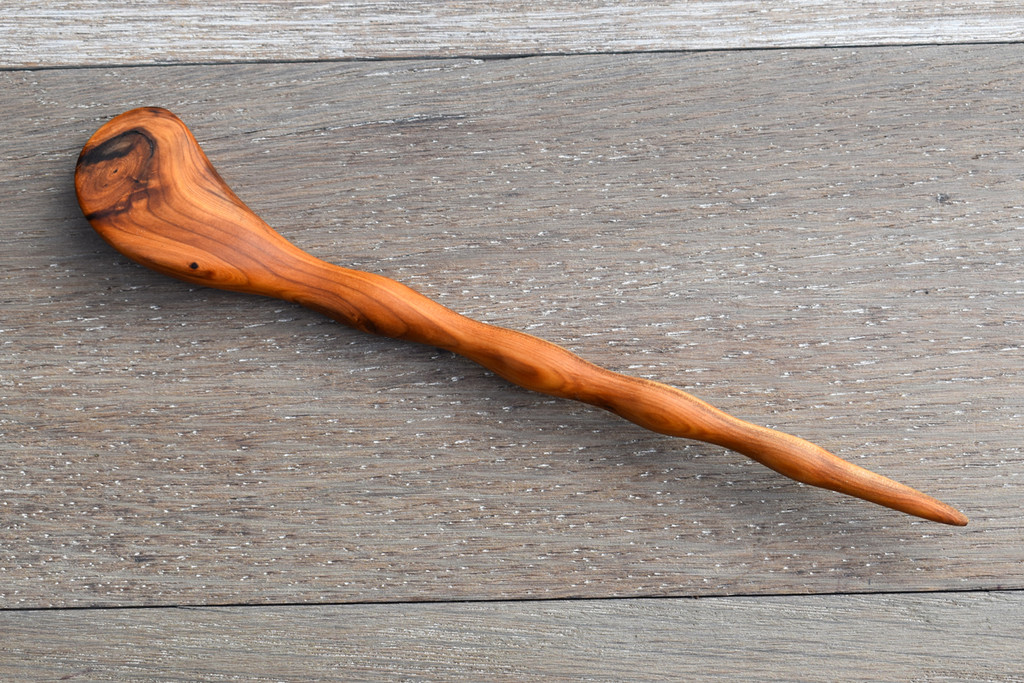 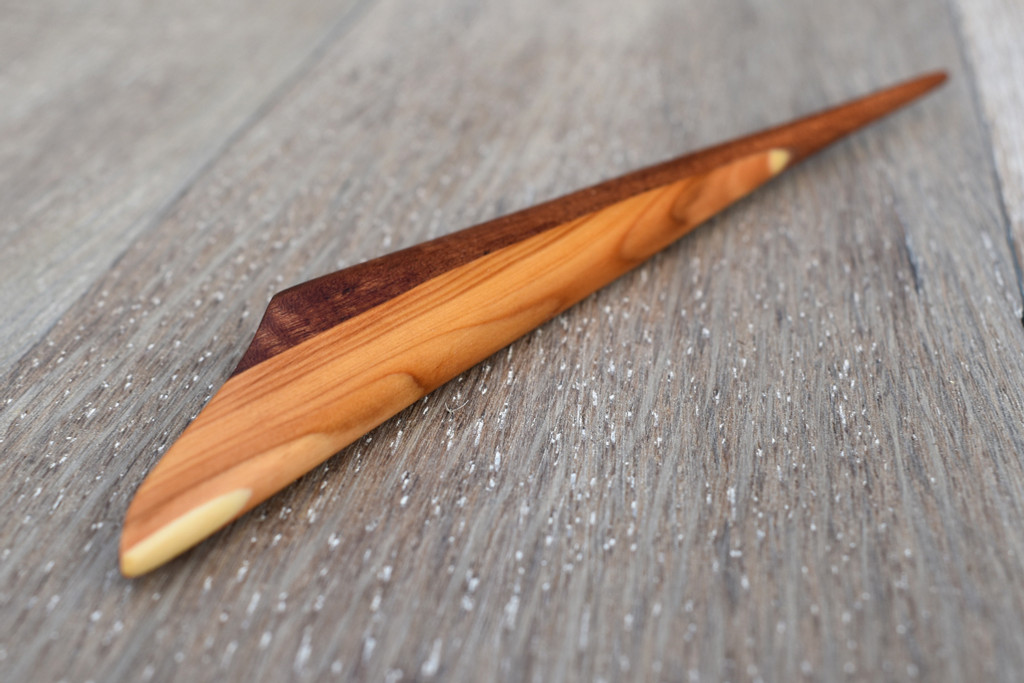 This small handcrafted hair pin is made from Yew wood. It has a golden honey hue with fine dark grain running down the piece. There is a lighter blond streak down the length of one side. The top of the pin reveals the beautifull layers of cross grain in fine detail. This is a very strong but dainty pin.

Yew has been used for many centuries. Longbows were made from Yew in the middle ages. Pegs or 'treenails' were cut for Viking ships. Furniture makers use Yew to form the bent parts of Windsor chairs. Pre-Christian cultures regarded the Yew tree as sacred. Possibly because of their longevity they became symbols of immortality. Drooping branches of a Yew can root and form a circle of new trunks around the original tree. Later the Yew came to symbolise death and resurrection in Celtic culture. Thanks to research into the properties of the Pacific Yew bark, and a subsequent discovery that the European Yew holds similar properties called alkaloids in its leaves, we now harness these alkaloids for treating ovarian and breast cancer. It remains one of the longest-lived trees on earth.

This pin is finished with Nutshell wax. The product is eco friendly and non toxic, blending selected beeswax, Larch oil and essential oils to give your hairpin years of protection. It also uses no VOC's, formaldehyde or petrochemicals.

We are always striving to improve our processes environmentally. Hand tools are used over power tools where possible and sanding etc. is kept to a minimum.